Not the first year when Sony shows a whole line up of smartphones at the MWC and 2019 wasn’t an exception: Japanese company brought four smartphones to Spain at once. 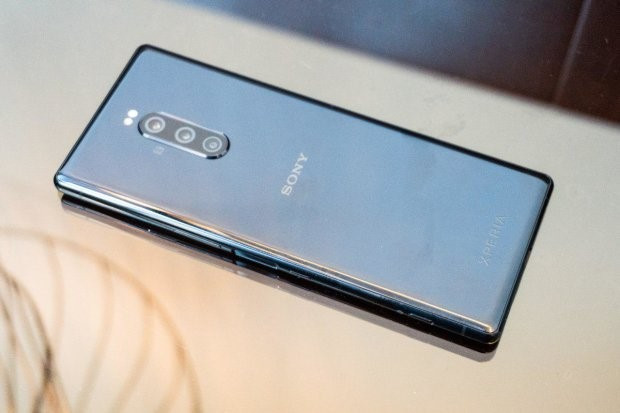 The main release of Sony is Xperia 1. This is the flagship smartphone that moved away from the original path of Sony and succumbed to trends. Sony Xperia 10 and 10 Plus - elongated smartphones from the middle class. Sony Xperia L3 - representative of the budget segment. In this article you will find the technical characteristics of all Sony smartphones that was introduced, as well as familiarize yourself with their main features.

The "update" of the Sony mobile unit took place: company finally moved away from ultra-sharp forms, ignoring additional camera modules and other atavisms. Sony Xperia 1 - a modern smartphone, which unfortunately does not cause any wow effect.

Let's start with the design. In our honest option design of Sony Xperia 1 is a bit boring. Triple rear camera, 21: 9 elongated screen without any cuts, sleek body, fingerprint scanner on the side panel. The main problem of this design - the smartphone is similar to the remote control. The fact is that the length of the Sony Xperia 1 is almost 1m c and this is really a “serious” size. Other than that, the rest of the body is good: ergonomics at the highest level, protection from dust and moisture according to the standard IP68, various options for coloring the body. 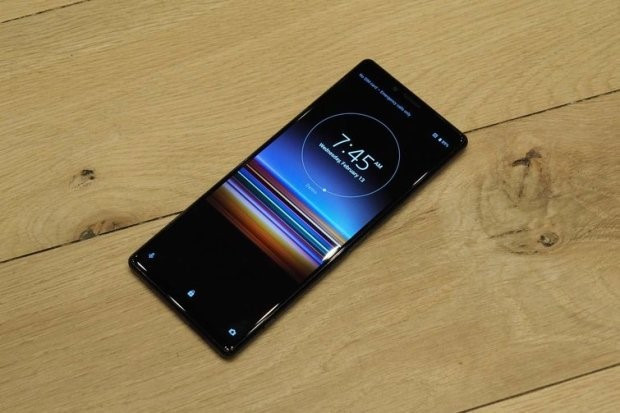 The main feature of the Japanese flagship is the OLED cinematic screen. It was a hot topic during the presentation of Sony Xperia 1 and after it. The display is really cool. Aspect ratio 21: 9 allows you to watch movies and run games without the black frame that provides complete immersion. Cool right? Cool, no questions. But what to do with videos that, for example, uploaded to YouTube? There is a 16: 9 picture. We have a feeling that Sony Xperia 1 this is not the first smartphone, which will be with a similar aspect ratio in 2019. Most likely, other manufacturers will catch up. As for the other characteristics of the screen Sony Xperia 1, then they are above all praise: the resolution is 4K, the matrix is ​​a modern OLED, the size is 6.5 ”.

Another reason for pride of the Japanese is the main camera Sony Xperia 1. It has a triple Sony flagship: the main module is 12 Mp with an aperture of f / 1.6, the other two also have 12 Mp resolution, but have a different sensitivity to light f / 2.6. What does the Sony Xperia 1 camera do? First, she can record video in 4K HDR 21: 9 with a frequency of 24 frames per second and with stereo sound. Secondly, the same camera can record video in 960 fps mode. Thirdly, the camera has a full set of classic "SLR": focusing on the eyes, hybrid autofocus and continuous shooting. If the main camera of the Sony Xperia 1 turned out to be interesting, the front one is completely weak as its only 8 megapixels. Nothing interesting at all. 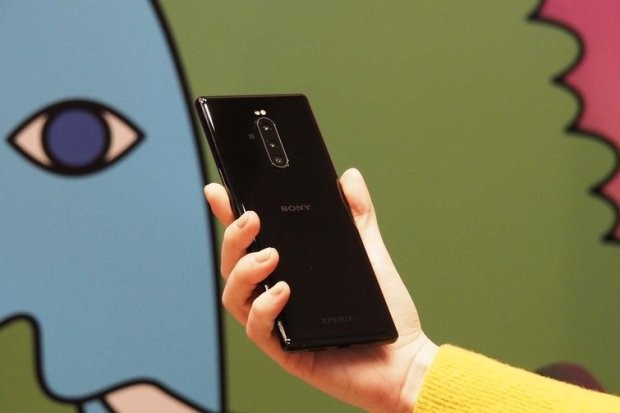 In terms of performance here is full stuffing. Well, what did you expect from the flagship released in 2019. For the speed of the Sony Xperia 1 meets eight-core Snapdragon 855, 6GB of RAM type LPDDR4X and 128 GB of internal memory. If this amount of ROM does not suit you, its possible to expand the memory with a 512 GB microSD card. In Antutu, Sony Xperia 1 will definitely gain more than 300,000 points - you need to wait for the smartphone to officially enter the market.

Official sales of Sony Xperia 1 will start in a month. 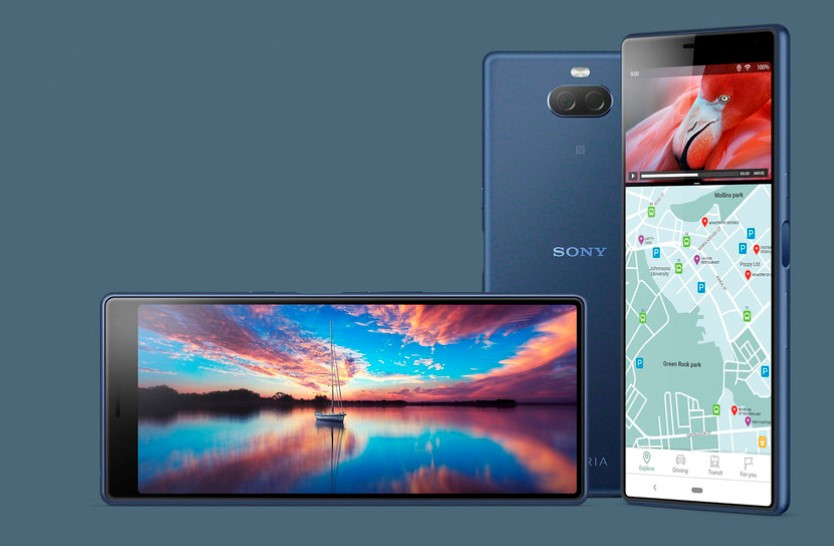 When you pick up a Sony Xperia 10 or 10 Plus, you don’t immediately realize that you have $ 350 + gadgets in your hand. In the front is a screen with rather large frames, in the back is a metal cover, from which blows some kind of Redmi 3/4. The main camera of both smartphones is double - arranged in a horizontal format. The fingerprint scanner, like the flagship model, is located on the side. Sony Xperia 10 and 10 Plus retained the main feature of the flagship model - widescreen display 21: 9, which slightly cut the resolution. The Sony Xperia 10 screen has a size of 6 inches, while the Sony Xperia 10 Plus - 6.5 ''. Resolution - Full HD +. Both screens are protected by glass Gorilla Galss 5.

New cameras are different. If we are talking about Sony Xperia 10, then it’s a proud owner of 13 and 5 megapixel sensors. The dual module can take photos with blurring the background, as well as record video in 4K with an aspect ratio of 21: 9. By the way, this is the format used when shooting movies. Sony Xperia 10 Plus with photo capabilities is even better: 12 + 8 MP. In addition to all of the above, the camera model with the Plus prefix has a double optical zoom. This allows you to zoom in on an object and take good pictures without losing quality. 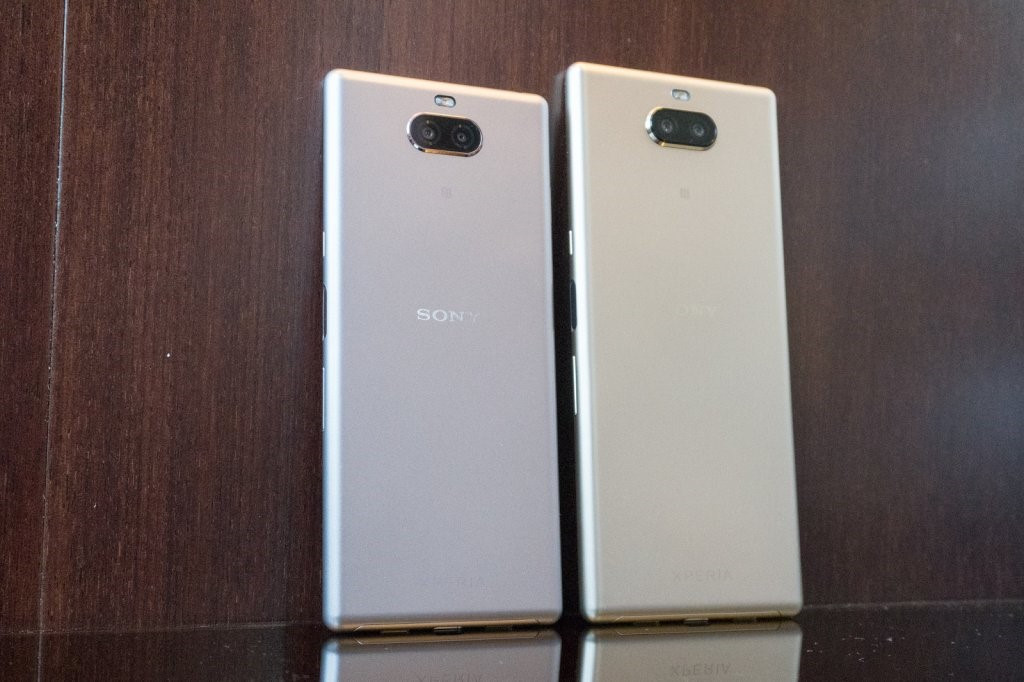 For the performance of smartphones are responsible Qualcomm middling processors. For the 10s It will be Snapdragon 630 and in the 10+ it is the Snapdragon 636. Both processors are worthy representatives of the American chip maker, but they do not have enough stars from the sky. We would like to see more powerful processors for smartphones of this class.

Sony Xperia 10 and 10 Plus specifications:

Dust and moisture protection: no 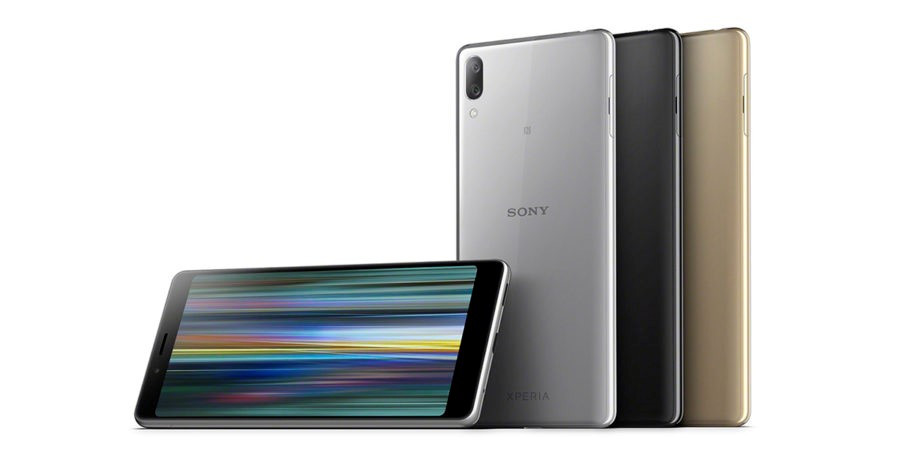 For the budget segment Sony presented Xperia L3. The smartphone did not receive the most outstanding design, but at the same time it received a number of important functions that smartphones from this price category do not always possess. The weakest point of the smartphone is its appearance. Too wide frames above and below the screen are in the best traditions of the “bricks” from 2015. The back panel looks neat: a double camera of horizontal formation and a flash. The fingerprint scanner is located on the side: between the power button and the volume rocker.

The screen of the Sony Xperia L3 is decent: 5.7 '', IPS matrix, 720x1570 pixels, 303 PPi. Shows excellent, decent brightness margin, protective and oleophobic coating in place. Brain processes at Sony Xperia L3 are controlled by the Chinese processor MediaTek Helio P22. The processor shows itself well in synthetic performance tests and paired with 3 GB of RAM should ensure the stable operation of the smartphone. We do not make any claims to this parameter of the smartphone. Budget cameras: the main - 13 + 2Mp, front - 8 Mp. 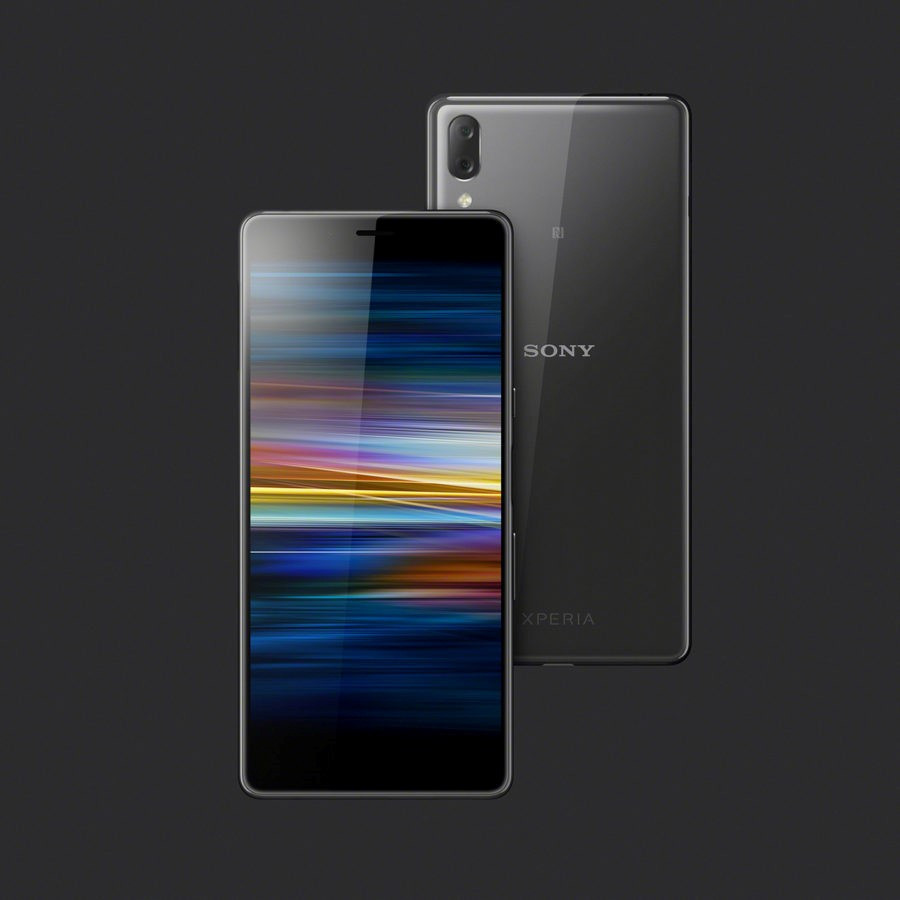 The novelty has all the attributes of a modern smartphone: Sony Xperia L3 received support for fast charging via USB Type-C, got the NFC module, which allows the owner of the smartphone to pay with it, and also supports Bluetooth 5.0. The battery at the smartphone standard power - 3 300 mAh. Works on the basis of the operating system Android 8.1 Oreo. In the sale of Sony Xperia L3, will go in March, as well as other smartphones Sony, presented at the MWC 2019.

Dust and moisture protection: no

You can also place pre-order at your website and become the first owner of this novelty!