In late February Samsung held a large presentation of new smartphones such as Galaxy S10 and S10 Plus as well as a cheaper version of the top devices called the Galaxy S10E. The latter has become a kind of response from the brand to the iPhone XR, which also turned out to be the most affordable device among the iPhone in 2019. Like the iPhone XR, Galaxy S10E received flagship hardware, but at the same time it turned out to be less lagging behind the flagships of the S10 and S10 Plus than the iPhone XR from the XS and XS Max models. Galaxy S10E promises to be the best bestseller and therefore today's review is dedicated to this particular smartphone. 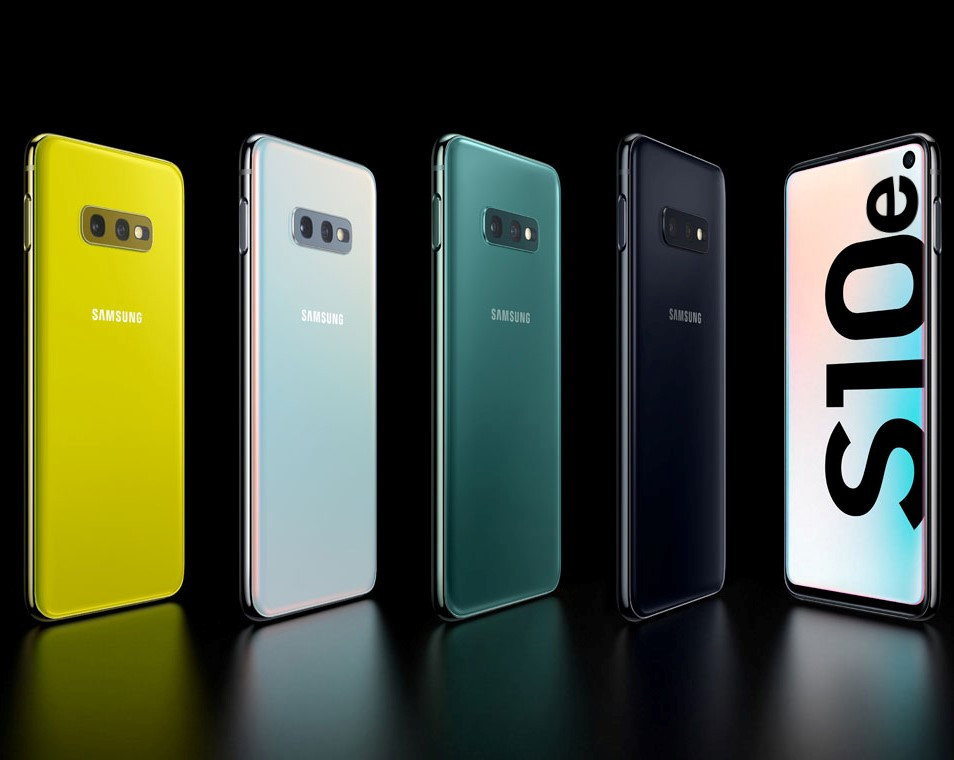 The first thing that attracts is really flagship designs - the device looks like a smaller copy of the Galaxy S10 and it's great. The smartphone made of bare glass and metal, has a frameless display with holes in the screen under the front camera and the thin frames. The device is protected from water and dust according to the IP68 standard and way ahead on Chinese flagships. Colors of Galaxy S10E is interesting as well, in addition to the standard versions of black and white there is a green and yellow colors. Hence there are options classic lover and for then fans of something new and unusual. In the end I would like to highlight the compactness of the smartphone - with a 5.8-inch display width does not exceed 70 mm and height is 142 mm. This is really a small and convenient smartphone.

Galaxy S10E is not much different from older brothers. The device received not only enlarged frames around the screen but also an advanced OLED matrix with a standard IPS and reduced resolution up to HD +. Galaxy S10E was only cut in resolution, but not critical, because instead of the voracious Quad HD + it was equipped with a Full HD + Super AMOLED screen. The quality of the picture practically does not change, the user does not see the difference, but only benefits from the expanding autonomy. Galaxy S10E offers a 5.8-inch screen, which allows you to comfortably use smartphones and not have large device sizes.

As usual, for different markets the Galaxy S10E is based on different chipsets: for the USA on Snapdragon 855, for the rest of the world on Exynos 9820. There is an opinion that Samsung branded processors provide solutions from Qualcomm and they are far from groundless, but with the release of Exynos 9820 the situation has improved. Testing the Galaxy S10E and its modifications on the Exynos 9820 - practice shows that this processor performs perfectly in real tasks and in the game. All the latest games are at the maximum graphics settings with high FPS without the presence of friezes and drawdowns. Applications open quickly, Android system does not slow down. Galaxy S10E should not be afraid to buy on Exino, as it is not inferior to its brother on Snapdragon, except for numbers in real life, which are not important.

Let's go back to the iPhone XR again - Apple decided to finish off the device completely by installing only one main camera in it. The Galaxy S10E also undergoes changes in parts of the camera, but not too much, because it is equipped with a dual camera: 12 MP with a variable f / 1.5 - f / 2.4 aperture and 16 MP with a wide viewing angle of 120 degrees (f / 2 , 2). It was logical, because it is cheaper than older brothers. You can take both regular photos and wide-angle photos, where there are no restrictions for creativity. The Galaxy S10E front camera is completely analogous to the Galaxy S10 - this is a 10 megapixel dual pixel module with f / 1.9 and autofocus.

Despite the fact that the smartphone has no display fingerprint scanner, it is also missing on the back panel. Finally, Samsung came up with the idea of ​​placing it on the side and this solution is even more convenient , more accurate and faster than the display option! In addition, there is still the recognition of the user by the face, but the system works by the front camera, so the function is not very safe. As for the memory it comes with 6 GB of RAM and 128 GB permanent with the possibility of expansion by memory cards up to 512 GB. The battery capacity was only 3100 mAh - this is quite a bit, but the Galaxy S10 with a more voracious screen has 3400 mAh. Considering the energy efficiency of the Exynos 9820 due to the 8-nm process technology, Super AMOLED screen and Full HD +, at least one full day of autonomy is provided to the smartphone. Fast charging on the wire is, there is also a wireless fast charging and even reversible wireless charging.

The device turned out great, no doubt, and you can pre-order the Galaxy S10E smartphone at an attractive price on our website if you want to get it one of the first.

You can also place pre-order at your website and become the first owner of this novelty!