In August 2018 Xiaomi launched the “flagship” called the Pocophone F1. It became popular for several reasons, but among all the most important were the price and a set of characteristics. For relatively little money, the device offered top-end hardware in the form of Snapdragon 845, good cameras, enough memory, and a capacious battery. But due to the low price, the company still had to save on something, in particular, the materials of the case. The Pocophone F1 received a completely plastic case, although this did not bother the buyers at all - they knew why they were buying the cheapest flagship on the market. In 2019, we all waited for the continuation in the form of the Pocophone F2, but alas, this did not happen. Many of us have already lost hope, but at the beginning of 2020 very interesting information became known: Xiaomi is preparing both the flagship Pocophone F2 and its simplified model Pocophone X2 (Poco X2). That's exactly about the sub-flagship model we’ll talk today since almost all the parameters of the gadget became known and the appearance was partially revealed.

For about a month there have been talks about this model, but only now everything has fallen into place. Poco X2 is a Redmi K30 clone with some minor differences. That is, the appearance of the device will turn out to be almost completely identical to the Redmi K30 - this is directly indicated by the device’s poster merged into the network.

For better or worse, let everyone decide for themself, but it is worth noting that for Xiaomi this is a common practice and there is nothing to be surprised about. As for the design of the device itself, it is fully consistent with the spirit of modern gadgets: a frameless display, a dual front camera, built directly into the screen, a vertical four-module main camera on the back, located in the middle, a glass case with a gradient - everything you need from an average price device 2020 categories.

As much as we would not like, the Pocophone X2 will copy the Redmi K30 model and not the Redmi K30 5G. Therefore, the device is equipped with a Qualcomm Snapdragon 730G processor instead of the top-level sub-flagship chipset - Snapdragon 765G. In addition to lower performance, Poco X2 will also not be able to boast of support for 5G networks, being content only with 4th generation networks. On the other hand, let's don’t forget that its an inexpensive smartphone for the mass market, so this configuration is soft of justifiable. 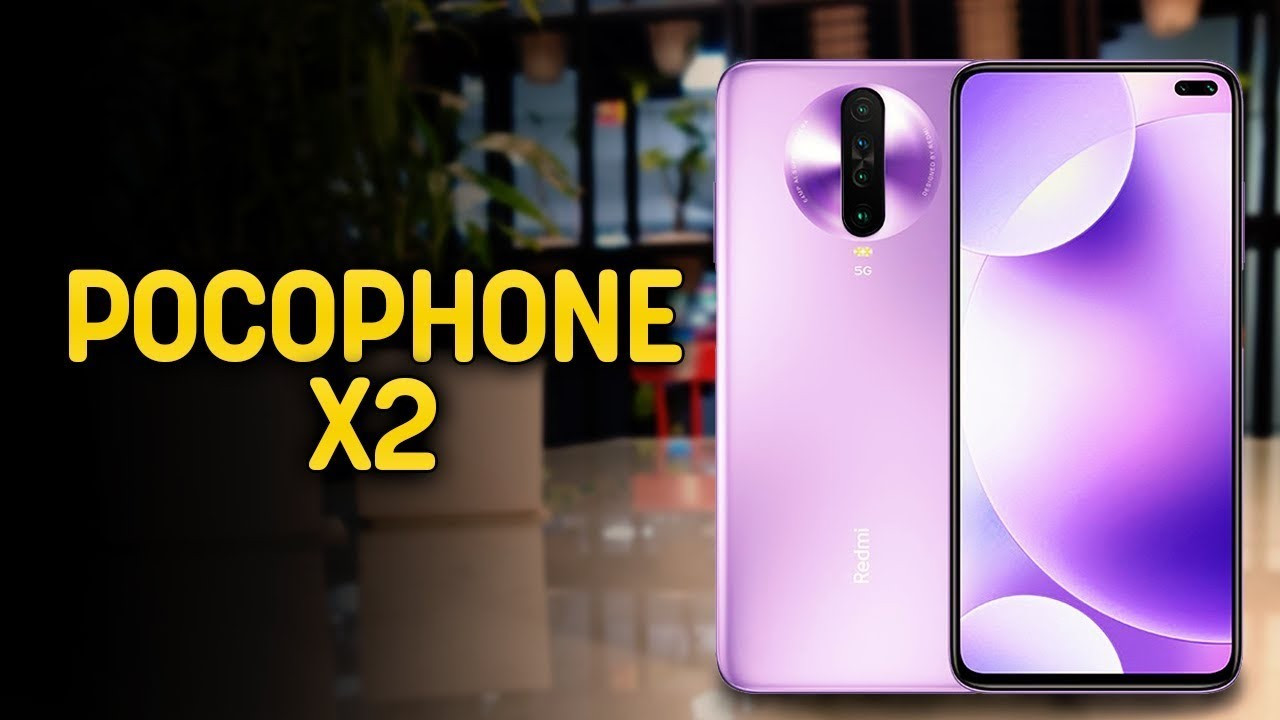 So far it is known that the device will receive 6 GB of RAM and 64 GB of permanent memory. Not so much, so we are sure that other modifications of the gadget will be presented, at least 6/128 GB. Nothing is said about the support of memory cards, but since Redmi K30 has something similar, then it's worth the wait. Similarly, the IPS screen with a diagonal of 6.67 inches and a resolution of Full HD + will migrate to the device and 120 Hz.

The main camera of the smartphone will offer a four-module system. The main sensor in the device will be a 64 MP Sony IMX686 sensor with an aperture of f / 1.89. For wide-angle photos with a viewing angle of up to 120 degrees, an 8 MP sensor is useful, a 2 MP sensor is used to measure the depth of the scene, and the microcosm will be used to shoot a macro camera at 2 MP. On the front part in the cutout in the display there will be a dual front camera of 20 MP + 2 MP (an additional sensor is needed to create portrait selfies).

Like the Redmi K30, the Poco X2 will offer a capacious 4,500 mAh battery. It will be possible to charge it quickly enough since a charging unit with a capacity of up to 30 watts will also be supplied with the gadget. It is very pleasing that the Poco X2 will keep with it a 3.5 mm jack, as well as receive an NFC module for contactless payment. Finally, MIUI 11 based on Android 10 will act as the operating system in the smartphone.

According to the published poster, the base cost of the gadget will be about 265 dollars. The presentation of the smartphone will take place very soon - the announcement of new items is scheduled for February 4.